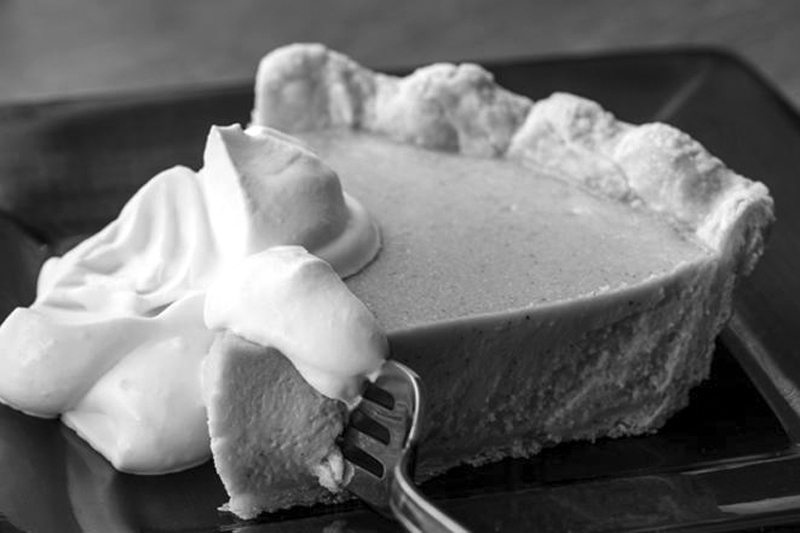 A Butterscotch Pie Will Do It

Larry and Bob have the same birthday.
Their friends at the Gathering Place ask
where they plan to celebrate the years.
Larry says his children will take him out
for a nice dinner and it will be great
to see his grandchildren again.
They looked good last year.

No party for Bob, who says
he’s had but one party in his life.
It was when he turned 30 and
his wife invited 20 friends.
This time, he and Opal will
go to Tony’s for a pizza,
a large pepperoni
with extra cheese.

Bob has nothing against parties
but he grew up poor and there were
no parties then because there was
no money for that kind of thing.
But his mom would bake a pie,
a butterscotch pie, still
his favorite dessert.

There were never any gifts
or singing because Bob says
poverty stuffs enthusiasm
in a fruit jar and seals it tight.
Even now in better times
it’s hard to get that lid off.
At 70, it’s a party, he says,
to be healthy and alive.
But he hopes his wife bakes
another butterscotch pie.