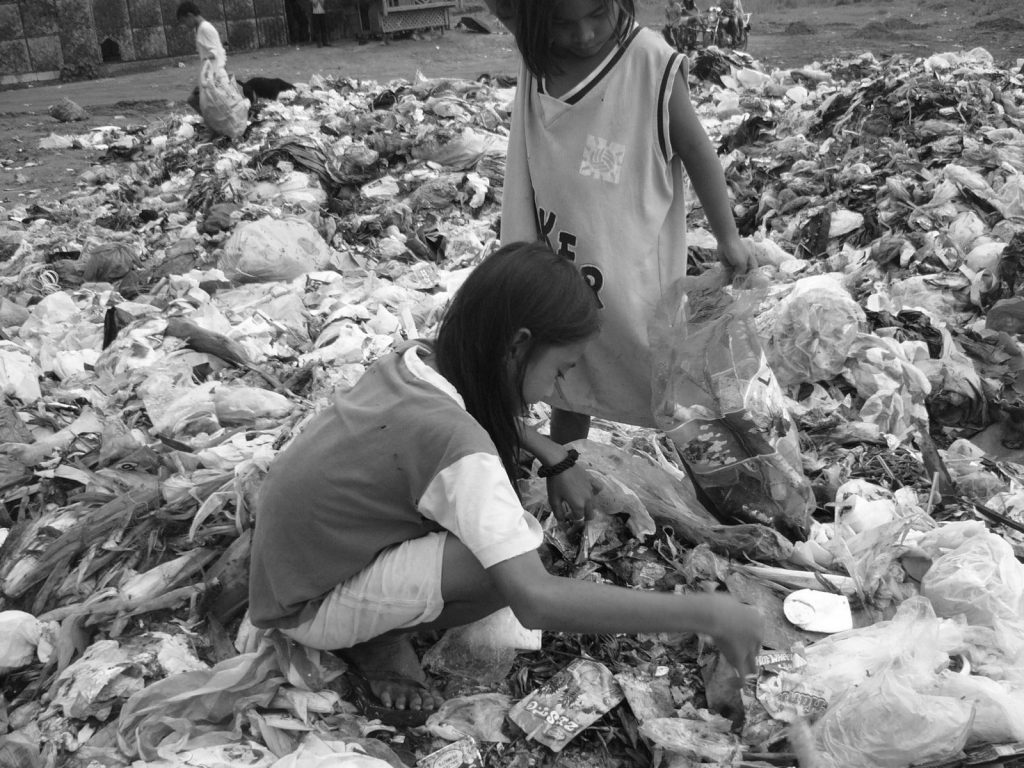 When he was just a boy,
they took him to the dump
to scavenge, bits of metal,
any food that might be eaten.

When he became a man,
young and handsome,
every day he would go
to the dump and scavenge.

When he was middle-aged,
other men followed him
after he discovered a bigger,
better dump to scavenge.

Now old and blind, he sits
in his hut while seven
children and their children
go to the dump and scavenge.