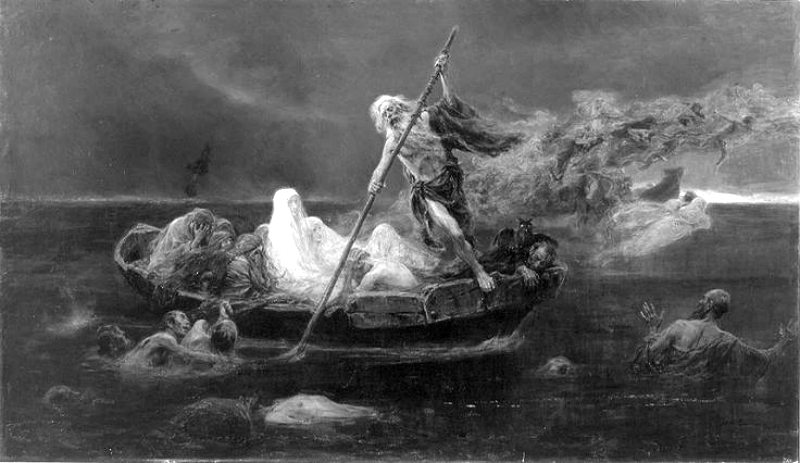 River of life life river the river life life a river bed all pass through Our
earth is a riverbed our river of life River Styx forms a boundary between
life, death Charon, the ferryman, carries souls across
Dante says there are five rivers and that Styx is for the
greatest damned living their wrath cursing war with each other for all
eternity.