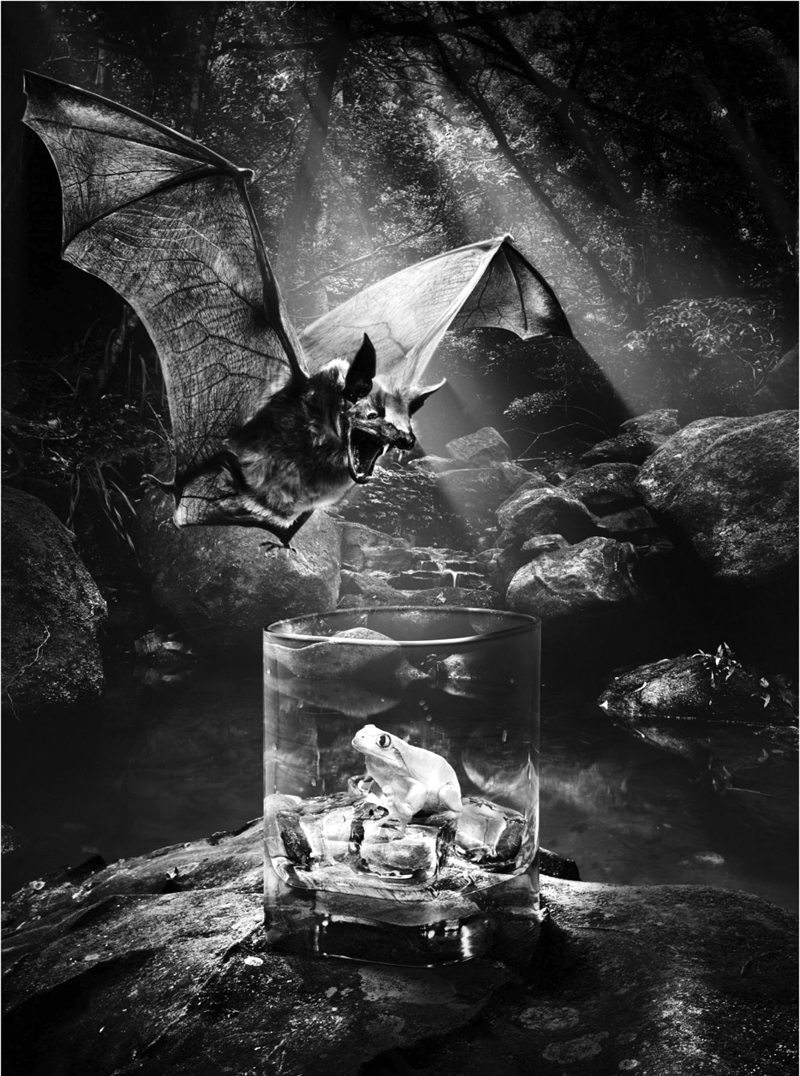 No sweet dreams tonight
for having kept the moon awake.

Only misfortune and heartache heard for miles
such sad talk among those lonely pines.

A green-eyed black cat
claws shredding the breast of a dead crow,
bits of feather resting
on the whiskers of that hungry feral, just about sums
up my mood here, waiting on a falling star
promised by the gypsy fortune teller, said
to be arriving by midnight.

The falling star, that is.

Two fingers of rum and a silver dollar
buys you a weeks worth of dreams.
Word was, she read a palm well, so
with that in mind and a bottle in hand
I aimed to staying put, waiting
on a falling star every goddamned night.

Her readings they said were nearly
always precise, a swamp raised Cajun
she was, but, given the goings on
out deep in dark country woods, things
could get strange, making prophecies a challenge.

No matter how good the rum or fortune teller.

Just about the time I had
pulled a last swig, bottle
stretched to drink all night,
not yet did I catch sight of my falling star
about the stroke of midnight, but I did see
a barrel chested barn owl, a real big bird
he was, circling the cabin belonging to the trapper,
McSharry.

Holy shit and sure enough, when I looked
twice, my pocket watch had stopped!
Straight up on twelve.

Then, as if to answer, I heard screams
silenced by a shotgun blast lighting up the night.

That’s when I saw him, crazy Mossy McSharry
walking my way wild-eyed with a lantern shining,
free hand gripping a still hot smoking
shotgun, and by his side a howling Irish wolfhound.

Well, I tell you
Christ be crucified twice before I die
if I did not behold a falling star above him!
Just as the gypsy spoke. Dead on midnight.

And coming right fast for me now,
with murder in his eyes.