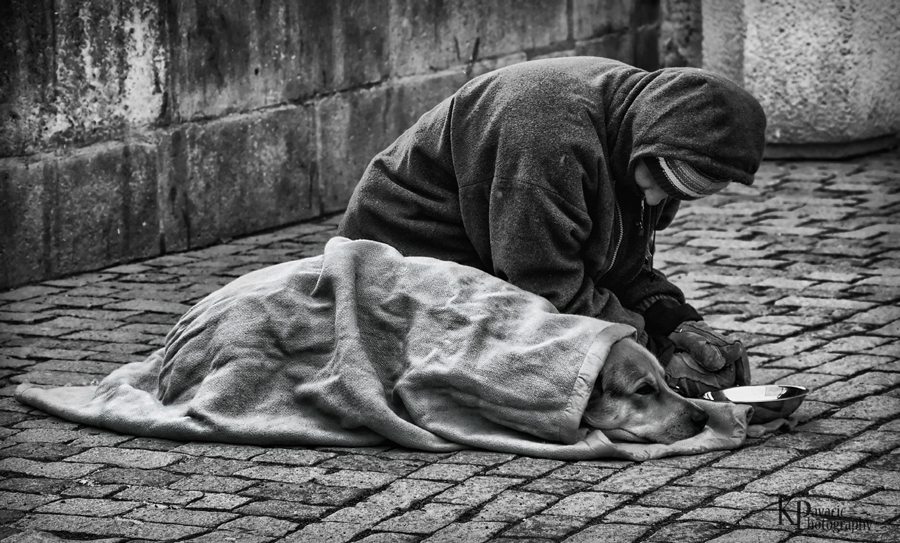 ME AND SAINT FRANCIS

for a homeless heroin addict friend, and his dog, Saint Francis

Drifting in a dream
I thought I saw you,
dancing with Cagney
in the red, white and blue,
a real gone doodle-dandy
your voice sang out stone free;
“Independence is coming!”
They say it’s coming real soon.
Free bag of chips with a soda,
it’s all over the news.
Politicians break promises
we run for the glue,
so, I got me a stray dog
with the kennel cough blues.
He barks at their lies,
then begs for the truth.
I named him, Saint Francis.
What else could I do?
He’s humble, kind, forever forgiving.
There’s love in his eyes, that weep
for the dead and shine for the living.
No man knows a better friend,
more reliable than a cat, a crutch
or a Cub Scout den –
More trustworthy than
those talking heads on television
who banter bullshit, again and again,
“Independence is coming!”
They say, it’s coming real soon,
but I’m tired of waiting,
playing the fool –
I’ll trade today’s sun
for tonight’s full moon,
go hitch a ride on the clouds
with a needle and spoon –
just me and Saint Francis,
James Cagney and you,
real gone doodle-dandies
in the red, white and blue.

Tribute to an old friend, a heroin addict who lives, at the moment anyway, on the streets of Harvard Square, Cambridge, MA., with his dog – Saint Francis.