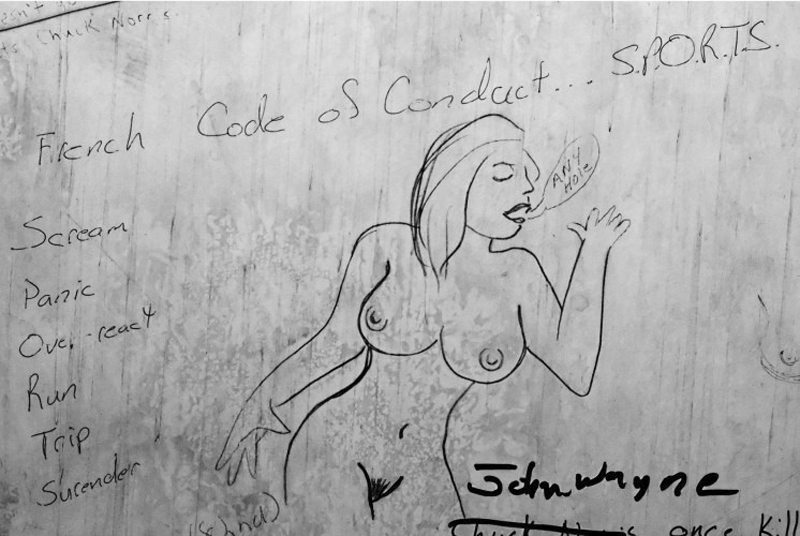 When Bill was a lad
his parents preached that
Scripture was the truth.

Decades later now
Bill still believes that.
In college, though,

his professors told him
science was the truth.
Bill still believes that, too.

But there’s another truth
that Scripture and science
never clarified for Bill.

above a public urinal,
a universal truth he had
just begun to understand.

The message was
“Big tits are the greatest!”
a truth he still believes as well.