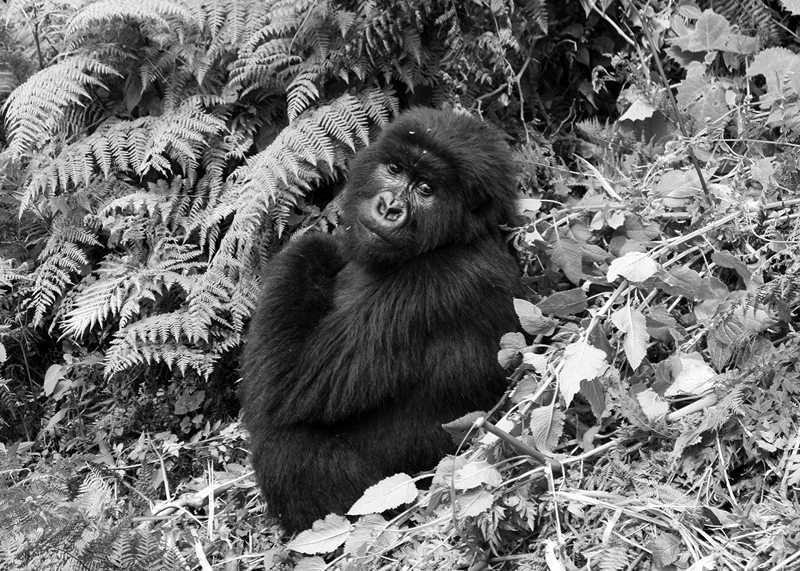 for Harambe, you won’t have to look at them anymore.

There’s a new yoga style
that may get you through the day;
that small coin slot stitched to
your pants pocket, it’s there to hide your happy pill,
just in case
that downward dog, stretching cat pose
or your Om Mani Padme Hum mantra
doesn’t work, you can always pray
or bark at the moon.

Two-Thousand abortions
Forty Four murders a day
is our thing around here, oh
and one gentle gorilla shot dead.
His name, Harambe, means –
“Lets Work Together.”

Yet, we just can’t seem to get it.

And most would not know Swahili
or shit from Shinola, it’s not their fault, really
with all these distractions to do everything
but nothing.

There’s HBO, Starz, Netflix, Showtime
and not too much time to do anything worthy,
though I suppose you could sit and write some poetry?
There’s self help books, Zen, the bible and Jesus,
the Torah, the Koran, cocaine and weed, even
a Course in Miracles, if you can believe.

There’s Email and Facebook, Twitter and Tinder
Snapchat and Skype; maybe on Myspace you’ll
find that best friend? There’s your husband or wife,
but who the hell needs them?

There’s long drawn out talks on suicide prevention
or a short walk in the dark, alone, with one
in the chamber.