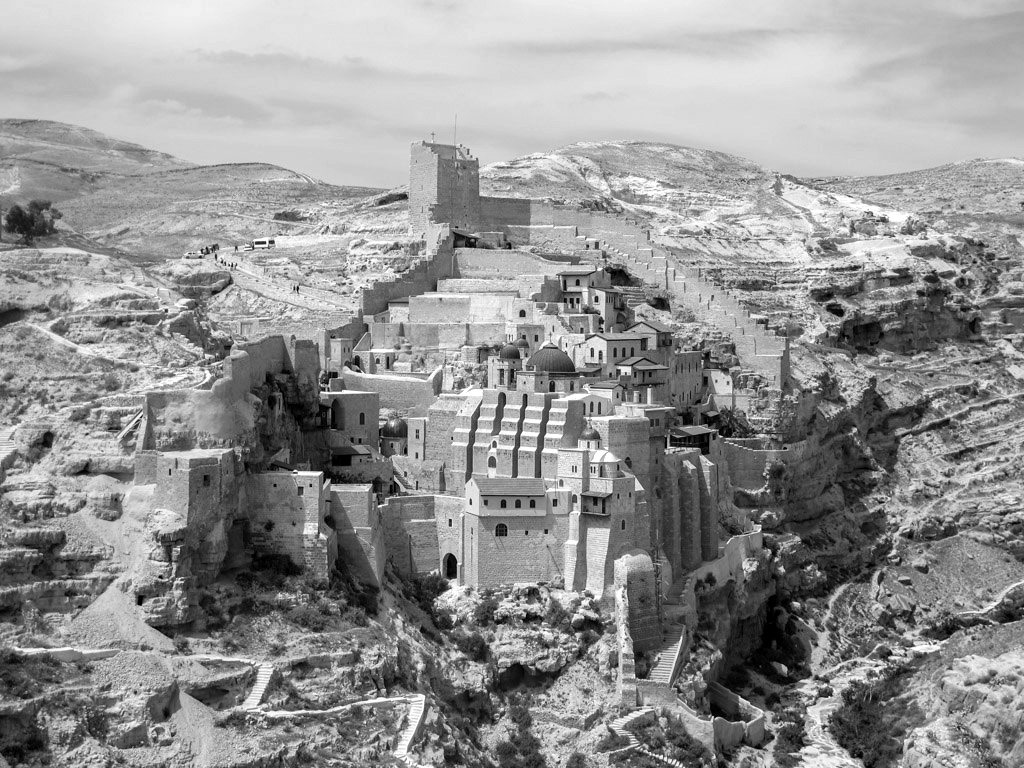 Dotting the wilderness of the Judean Desert
hanging dramatically down the cliff edge of a deep ravine
Mar Saba stands imperiously, overlooking the Kidron Valley
Despite the restriction on women entering the main compound,
I feel an impalpable presence here at the Women’s Tower

Hopefully, I know this unique sentiment won’t be taken by Crusaders,
No gesture of good will justify the unjustifiable looting
Mar Sabba will not remain in Italy, the gross injustices he’ll rectify
Back to the Holy Land, his relics the glory of God will signify

Miracles always happen
I have lived a miracle
I have seen the Holy Fire
At noon, on Holy Saturday
descending like a sword,
swirling like a smoky coil
before lighting the candle
of the girl next to me.

Miracles always happen
Some minds deny the truth
Others cling to concreteness
But Jesus is always there
it is a mere cowardice
to seek safety in negations
“Logic is like the sword–
those who appeal to it shall perish by it.”

* The history of the city of El Tur dates back to the time of the pharaohs but little people know about it, as El Tur is not located in an area destinated for tourism, but is has a longer history than most other places in Sinai. The first inhabitants called it Raitho, the land of fruit, because there were so many palm trees with dates to be found. In the Bible El Tur is called Elim. El Tur later was named after the nearby mountain, Gebel El Tur.

2 Replies to “3 poems by Sofia Kioroglou”