A Few Places of Interest

As I walk over the bridge
city on my right
I see a man staring into a woman’s eyes
when I look again
I see how old he is
and how young she is.
There must be twenty five years between them
but it could be a hundred
for all he cares.

In the national theatre
I look at a young woman as she sits down
she spits on her phone
then rubs her finger around the screen.

Perhaps she is annoyed with it
having a bad hair day.

Then a man sits next to her
too close for it to be mean anything else than they are together.
Then they get up and walk off
without ever having said a word to each other.

In the south bank I go and sit in on a talk.
It is about Hayden and a bit about Handel.
One of the women on the panel is a dyke
but the other is hot.
I look at her a lot.
The last is a man, academic, American.

The man talks about the genius of Hayden
and the women talks about why he was not as revered as Mozart.
The man tries to defend him
The dyke says she has read his diaries
and gives us some examples.
He was boring and that is all it comes down to.
A genius can be many things
but he can never be boring.
Look at Mozart.

WELL IT MADE ME LAUGH
I spent a nice couple of hours in bed
jerking off with a nice oil I found in the bathroom.
When I was done
I looked at the name of the oil on the bottle…
it said hair restoring oil.
I thought about it
I could imagine me growing hair all around my helmet
and being called hairy cock forever
Then I thought
whose house is this anyway. 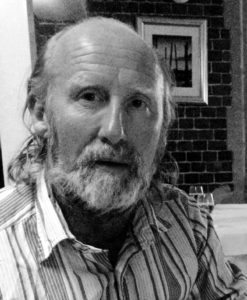 Marc Carver about Marc Carver. I have published some ten collections of poetry, performed around the world, taught workshops and had over two thousand poems published on the web but the only thing that gives me real pleasure is being able to write in the way in which I want to and getting an email from someone I don’t know telling me they like what I am doing.