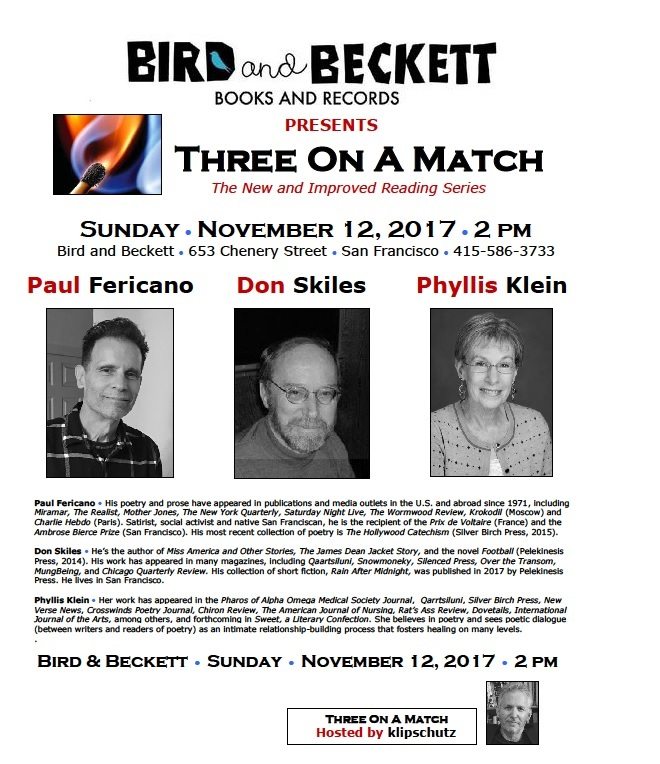 Hope this finds you well.
Here’s a link to a Q&A I did with BAP, just posted on 11/6. Good portions of it were cut in which I mention many of my contemporaries, including our dear friend, John Bennett. But it still reads fine and gets my overall message across
Merrily we roll along,
Paul

Paul Fericano will read his work at Bird and Beckett Books and Records on Sunday, November 12, at 2 pm, as part of Three On a Match, The New and Improved Reading Series.