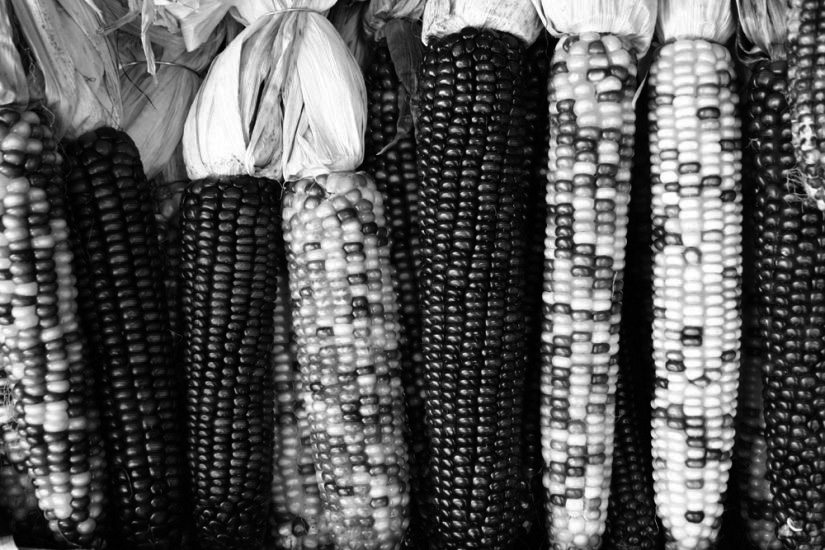 One year I grew Navajo maize

kernels of a jeweller’s dream
sacred as the psalms of Solomon,
when the waking day rippled

they shone louder than hearsay,
of a pain so bewildering and lost
the sheathes sobbed a melancholy

and all season by broken night
the thud of other falling fruit,
made steps outside of conscience.

Within my pawn shopped love
is too solemn a precipice,
a girder in cantilever out over

an empty gallery hanging space,
where bricks slowly isolate
the sound of a facade crashing,

but those hesitant frontiers cling
their plating portraits hidden,
hopeful as a seed between lips.