THE MAN WHO BOUGHT PIZZA EVERY DAY

Maybe he went to Europe, they said.
No, they said. He wouldn’t go to Europe.
He likes to buy pizza.

Perhaps he moved, the police said.
No, they said. He wouldn’t move.
He loves pizza.

Perhaps he had a stroke, the police said.
Well, that’s possible, they said.

It was true. He had a stroke. 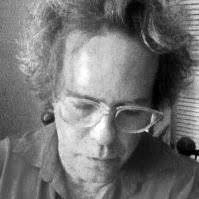 Ricky Garni grew up in Miami and Maine. He works as a graphic designer by day and writes music by night. In 2001, his poetry was subpoenaed in court, in order to assert that his testimony was not valid as he was “clearly not of stable mind.” He has been nominated for the Pushcart Prize on seven occasions.