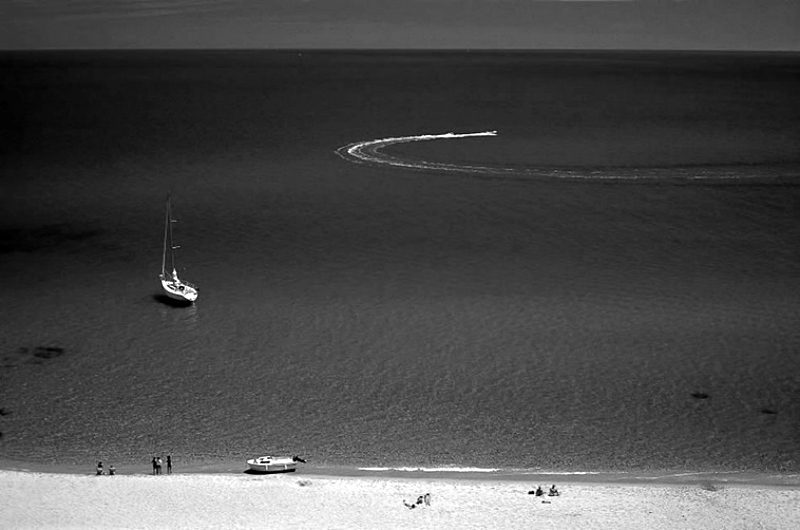 The good omen of migrating
storks on the sandy banks.

The silent and subtle touch
of your hand reaching mine –
as trouble
is removed from this picture.

“When you get to my age
it’s almost always
Christmas again –
you blink and it’s Christmas!”
my nan said to me
at seven years of age
on Boxing Day, as I worked out
how many more Christmases
she’d seen than me and
being a little shit
I’d slipped chilli flakes into
her coffee for what I’d thought
was her bragging,
before claiming that the coffee
simply came like that –
knowing nothing and
feeling cheated as she hit me
round the head and said –
“The the old think too much,
but the young don’t think at all!”
and it’d take the passing
of many more Christmases
before I understood
that one either.

Gwil James Thomas Gwil James Thomas is a poet, novelist and inept musician originally from Bristol, England. His written work can be found widely in print and also online in places such as 3AM, Empty Mirror and here. His first poetry chapbook Gwil Vs. Machine was published by Paper & Ink in 2016 and has now sold out. His latest poetry chapbooks are Hidden Icons & Secret Menus and Romance, Renegades & Riots – a split chapbook with the poet John D Robinson, both are available via Analog Submission Press. He also has a forthcoming chapbook titled Writing Beer, Drinking Poetry which will be published by Concrete Meat Press. Gwil is currently laying low somewhere in Northern Spain. He is part English, part Welsh and part wolf.