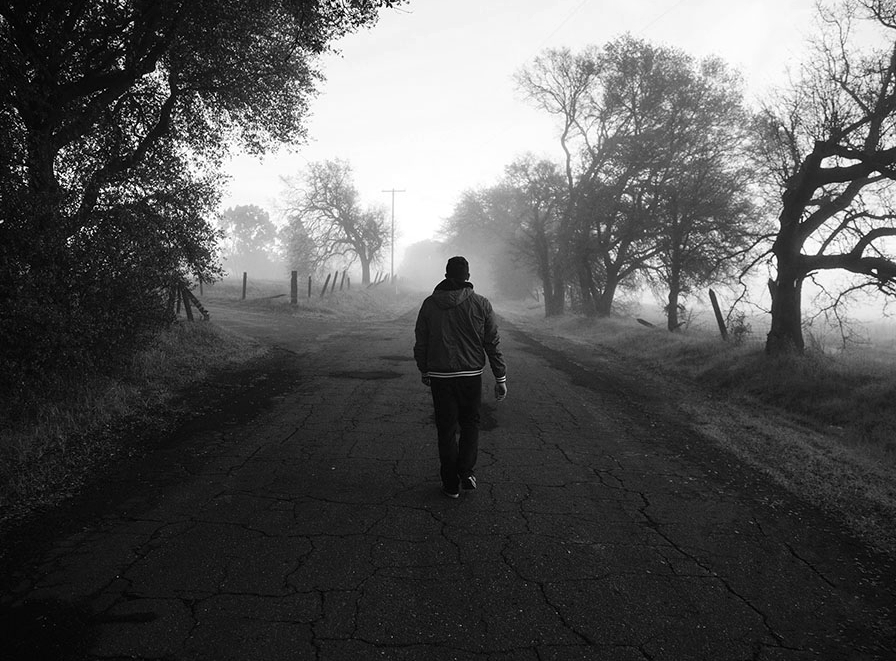 Really, ‘The Road’ is bullshit
it’s not about being here, or there –
it’s about being able to note
the transitions in life more clearly.

Like finally returning
all the way home to the familiar –
yet not so familiar at all
and realising that, that’s all life is
one chapter transitioning
to another –
like an uncontrollable beast
tearing across the plains
leaving you to follow in its wake –
just ask
the blooming spring flowers
or the falling autumn leaves,
the plot writers,
the besotted,
the broken hearted
and of course the dead.

Yet, this realisation too is eroded
in time as life transitions again
and suddenly that you’re not
the smug bastard talking
about their life since leaving town
you’re the miserable bastard that’s
been subjected to listening to it!

Gwil James Thomas Gwil James Thomas is a poet, novelist and inept musician originally from Bristol, England. His written work can be found widely in print and also online in places such as 3AM, Empty Mirror and here. His first poetry chapbook Gwil Vs. Machine was published by Paper & Ink in 2016 and has now sold out. His latest poetry chapbooks are Hidden Icons & Secret Menus and Romance, Renegades & Riots – a split chapbook with the poet John D Robinson, both are available via Analog Submission Press. He also has a forthcoming chapbook titled Writing Beer, Drinking Poetry which will be published by Concrete Meat Press. Gwil is currently laying low somewhere in Northern Spain. He is part English, part Welsh and part wolf.