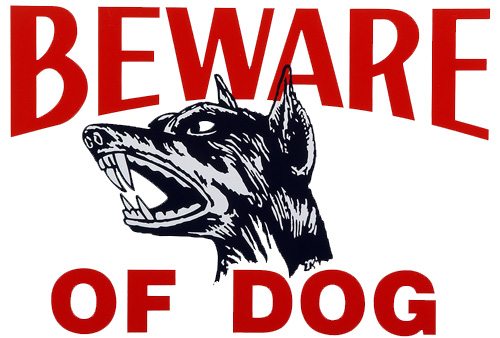 significant poet is surrounded by a cluster of unyieldingly savage images which define both him and the age. Gary Goude is a compelling example. When I wrote the introduction to his first chapbook, A CRUSHED ROTTING DOG published by Fine Human Wreckage Press back in 1995, I was drawn to both the honesty and the violence of his work. The cover of DOG reveals a snapshot of Goude drinking from what looks like a bottle of vodka or possibly gin. He’s sitting on a white bench in front of a house window which sports the sign, Beware of Dog.

sitting in four o’clock traffic
gloria allred on the radio ranting
this time about men
who grope women on buses
my car is not moving
snarled in the endless stupid chain
the odometer says 164385.7 miles
there’s a crushed rotting dog
off to my right
and the woman in the red porsche
next to me
just rolled her window up
disgusted to find my
filthy factory face
looking her way
the air is hard to breathe
heavy with the exhaust of the thousands of cars
stretched out for miles
and the bloated dog
is staring at me
and seems to be smiling

I love this image. It’s the kind of image that Baudelaire could easily have used in FLEURS DU MAL. It’s the type of image that could just as well been found in Hemingway’s The Killers. It’s something that Chandler could have had Philip Marlowe discover in THE BIG SLEEP. I love this image because it’s so urban, so disgusting, and yet so beautifully fitting for the traffic snarl and the angst of the man with the dirty face staring at the woman in the red Porsche. In just twenty lines, Goude has summed up modern sexual, longing, revulsion, desire, and death. This poem is undoubtedly a classic outlaw poem

Everyone wants
reassurance
a key
into heaven
since it’s hard to die
and harder
to live.
We’re doing
a slow burn
and don’t you
ever think
you are not strapped in
tight
and the juice
is ever
off

Goude has that uncanny ability of catching the remorselessness, the futility of modern life played out along the margins. He knows what blue collar is, he understands that the eight to five is really a death sentence for most people though they usually choose not to think about it. Goude is at his best when he is using a jack knife to cut the rubber off the bare wire so that he can expose the raw pop, the blue volt.

My Old Man Used To Say

The world that Goude knows has that noir feeling to it. You go to work but you are dreaming of the big one, hitting the lotto, robbing a bank, finding a van full of drug money out in the desert the way that Josh Brolin does in NO COUNTRY FOR OLD MEN. Or, if that doesn’t happen, then just getting wildly fucked up as often as possible.

So one night I‘m watching this movie about
henry chinaski and he’s always drunk just like
I want to be and he’s a bum just like I am and
he’s got a special kind of nobility about him
because he knows more than most just how
useless life really is and I admire the guts it
takes for him to stay drunk like that. Most men
could not stand up to the effects but he did and
lived to write about it and they even made a
movie about a drunken poet, and that will never
happen again. Like so many poets from the eighties and nineties, Goude has hooked deeply into the meat of the Bukowski mythos. The only honest way to write is to write wasted. Because that’s when you are the most honest and the most wrecked. The irony here is that while Goude has caught the Bukowski infection, he doesn’t write like Buk. Goude’s work is even more lost than anything that Bukowski ever wrote.

Most of Gary Goude’s poems read like dark movies. Something out of Raoul Walsh or Michael Mann. Like maybe a film starring Mickey Rourke or Steve Buscemi or Sean Penn. Sean Penn going stark whiskey crazy like he did in MYSTIC RIVER. These are the kinds of actors who could portray a Gary Goude character, someone who has lived life right at the shaved raw ends of all his nerves.. In my introduction to his half of BLOOD ON BLOOD, a chapbook from St. Vitus we both appeared in, I compared Goude to Mickey Spillane but that really wasn’t accurate. Goude’s vision is bleaker. Imagine Jim Thompson writing THE KILLER INSIDE ME while doing Jim Beam and coke. When Goude goes into a poem, he knows that everything is fucked right from the start. And, that’s what I like most about the poetry he writes. His best poems are noir classics, right in the vein of HEAT or IN BRUGES.

Goude knows that the real promise of this life is a tumor, a bullet from a driveby, or taking a piece of metal through the head in a car wreck on the freeway. He probably put it best in a letter he wrote to me about fourteen years ago.

“Like what you said about head on collisions and drunkeness in poetry. Not too long ago I found myself in a bad situation. I had been drinking a lot of beer and whiskey in some bar and somehow ended up in a cantina with this mexican woman. I was the only white guy there and I was fucked up. I remember this guy stuck a pistol in my gut when I fell over and knocked a pool cue out of his hand. All I wanted to do was get out of there. A couple of guys followed me out to my truck. I stood there and looked at them, then got in my truck, backed out and got away. I had to puke the whole time but managed to drive a mile or so before pulling off the side of the road and heaving my guts up. I think I was close to death. Somehow I made it. It has been like that my whole life. A lot of close calls and a few tries at suicide. Somehow I am still alive.”

time I think of Gary Goude I remember that dog. is a machine shop worker in Los Angeles. He’s also a Vietnam vet. And he happens to write the most gut-wrenchingly real poetry you’ll have read since the death of the originator of blood and guts poetry Charles Bukowski, who interestingly enough, found an audience among the uppity poetry folks when he was first published in the NYQ back in the early ’70s. Well, folks, Gary Goude is the new Bukowski. His stuff is about the real everyday hell we all go through. He is an every man. Married. Divorced. On the outs with one son and now the other. He can’t maintain a a relationship with a woman. He has few friends. His trust in his fellow man all gone. And he self medicates with alcohol. He’s nearing 60 and his words should be read by everyone who can’t stand regular, dull, lifeless, having nothing to do with anything poetry, you know, the flowery bullcrap that makes no sense and means even less than the next word out of President Bush’s mouth. 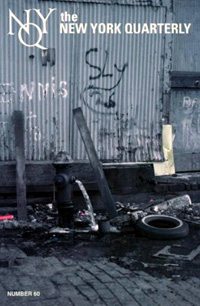 Also, his interview in this issue is his attempt to plead the case for a better poetry product, one that is of and for the people and not the green hedge blocked view of the campus poets, the dull bark of a human shells sitting at a machine knocking out their latest volume of poetry gunk, that won’t be read, that won’t sell a single volume but will be hailed by the New York Times book critics as the best poetry anyone, even the cellar dwellers like us, can and should read. BUNK. Gary Goude is the man people should be reading. You’ll identify with his short, understandable rips on ex-wifes, the job, the life of hell we all exist in and survive through…and for what, we don’t know. And neither does Goude. But we know a fellow survivor when we read him and Goude is a survivor and an artist who can chew it up and spit it out better than anyone you’ve read since Bukowski left this green Earth for poetry readings alongside Jesus H. Christ. by Robert W. Howington