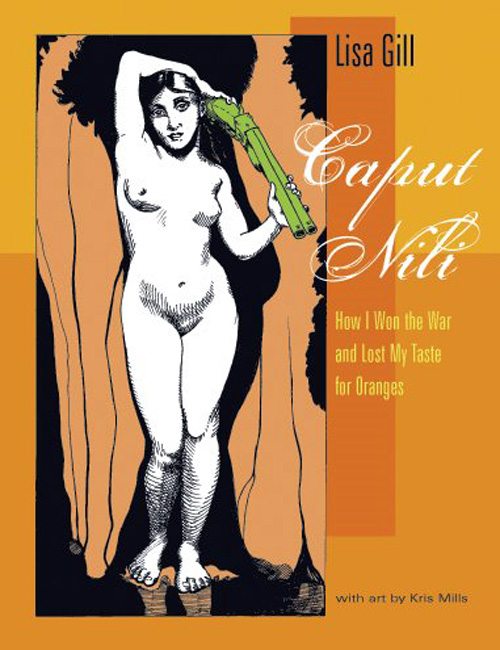 A hybrid of poetry, prose, and art, Caput Nili examines how a difficult diagnosis reveals a history of violence. Offering an absurdist perspective, Gill mitigates the severity of the subject matter with humor and intelligence.

Lisa Gill is the recipient of an NEA Literature Fellowship and the author of two books of poetry: Red as a Lotus: Letters to a Dead Trappist and Mortar & Pestle. Her poetry and prose have been widely anthologized and awarded, including a Pushcart Prize nomination.

“Lisa Gill is a poet who celebrates beauty while summoning us to stand against the injustices that can shatter the human spirit. This is a splendid book that deserves the widest possible audience.” —Demetria Martinez

“Caput Nili makes me think of two characters in literature: the story of Cassandra and Breton’s fictional Nadja. In both cases, prophetic powers fall inside the prison of silence; defeat is total, though followed by the predicted explosion. In Caput Nili, however, Lisa Gill becomes a warrior, not a victim, though the threat of tragedy remains a formidable opponent just outside the door. Her weapons include an appreciation for the ordinary and a sense of humor. Life, finally, is no gentler than before.” —John Crawford

This book is available by clicking here… or just click the book cover above.