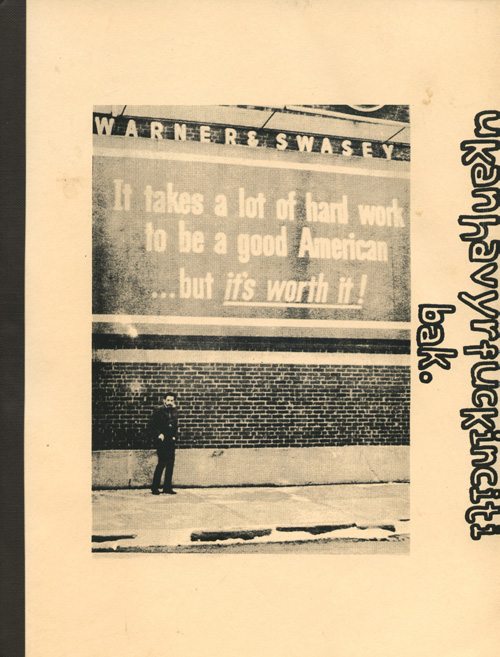 D. A. LEVY: A TRIBUTE TO THE MAN | AN ANTHOLOGY OF HIS POETRY

collected & edited by rjs. published by t.l. kryss. GHOST PRESS CLEVELAND. a limited edition of 1000 copies. cover foto by j.r.s. front cover lettering: carl woideck. back cover : wally depew. proceeds, if any, from the sale of this book will go to the levy defense fund, the yet-to-be-conceived levy substinence fund, and the subsequent levy offense fund.

dedicated towards an expanding city

for drwagner who is one of my
brothers who rode the airplane
spoon & ate peanut-butter sand-
wiches with e.r. baxter for
eternity

for bud who lived it before it
was hip & forgot it & for ron
who receives & transmits but
doesnt talk anymore.

this book is for all the women
ive eaten & laid in dreams & in
reality.

for mike brophy,stan heilbrun and
bill bowser who had their dreams
murdered by the local gestapo

& last, this book is for the insecure
Cleveland police dept, because they
carry guns & their dogs dont bark
at all. 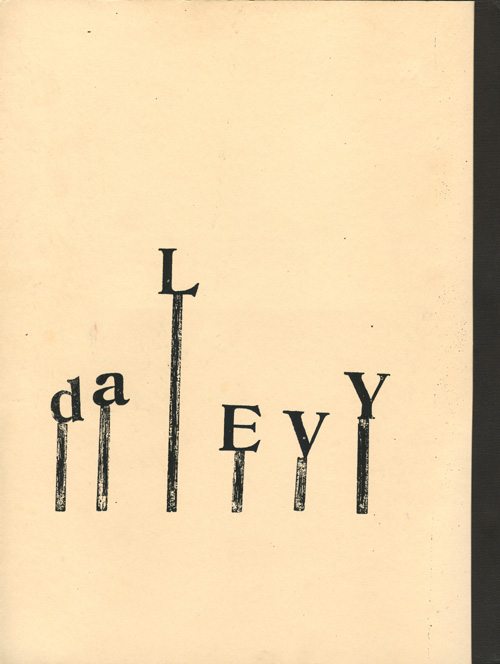 ukanhavyrfuckinciti bak: D.A. Levy: A Tribute to the Man, An Anthology of His Poetry, d.a.levy. Facsimile edition of the original 1967 edition edited by rjs and published by T.L. Kryss (Cleveland: Ghost Press). This famous anthology gathers an essential and extensive collection of levy’s poetry, Concrete poetry, picture-poems, prose, poetic manifestos and editorials, plus letters from poets and writers world-wide, written in support of levy after his indictment and arrest, and newspaper accounts of same. levy’s The North American Book of the Dead, Parts I-III (1966-67) is included. This 2007 edition also offers a contemporary listing of books, articles, theses, papers, booksellers, periodicals, small presses, bibliographies, web sites, films and music about d.a.levy, and a glossary of names and terms appearing in levy’s poetic works, including Cleveland place names, history and historical figures; hipster word meanings; Ancient Hebrew, Greek, Arabic, Egyptian and Assyrian deities, figures, concepts and traditions evoked in the poems, Buddhist vocabulary, and more. Book, 250 pages (approx.), reprinted by Russell Salamon, 2007. $20 + shipping ($3 standard, $6.50 expedited, $12 Canada or $22 international)… go here if you are interested in buying this book or just click the book cover images.