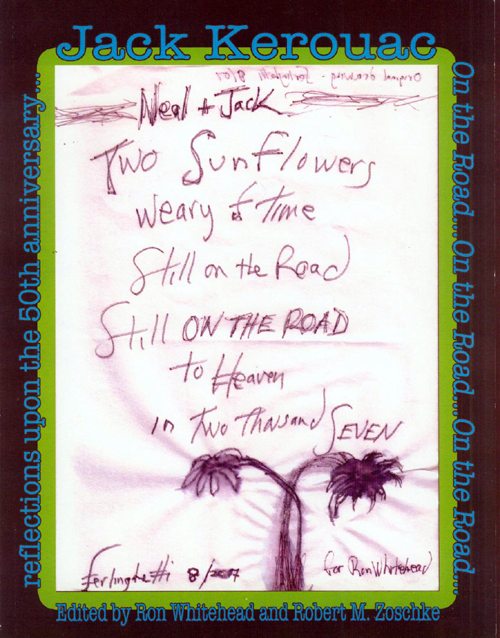 “In 2001, Ron Whitehead and I made a pilgrimage to Thomas Merton’s
grave to meet Father Patrick Hart. He had with him two poems
that Jack Kerouac had contributed to Merton’s journal, Monks Pond,
summer 1968…”

and I’m searching for Jack Kerouac
Moe’s bookstore Berkeley
and yes in walks Chris Felver and Joyce Johnson
and Susan and a Felver entourage including nubile neo-Beats
three young women walking their own Beat road
a joyous reunion
at Moe’s bookstore in Berkeley, California

democracy is dying
even on the left coast

and the sunday morning church bells chime cross the distance

I let go all klinging all holding all grasping all striving

I kling no more

I let go all and everything I let go

“The World really does not matter, but God has made it so,
and so it matters in God, and He Hath Aims for it,
which we cannot know without the understanding
of obedience. There is nothing to do but give praise.
This is my ethic of ‘art’…”

and searching for Jack Kerouac
on the plane I read

“…the only people that interest me are the mad ones,
the ones who are mad to live, mad to talk,
desirous of everything at the same time, the ones that
never yawn or say a commonplace thing…but
burn, burn, burn like roman candles”

“One night in America when the sun had gone down –
beginning at four of the winter afternoon in New York
by shedding a beautiful burnished gold in the air
that made dirty old buildings look like the walls of
the temple of the world…then outflying its own
shades as it raced three thousand 200 miles over raw
bulging land to the West Coast before sloping down
the Pacific, leaving the great rearguard
shroud of night to creep upon our earth,
to darken rivers, to cup the peaks
and fold the final shore in…” 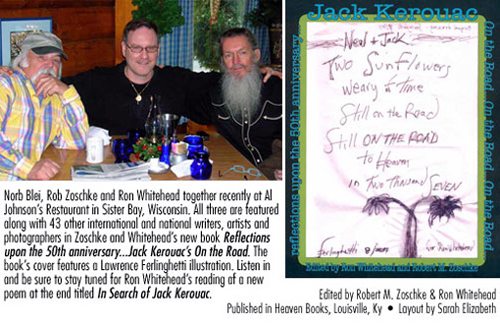 Norb Blei discusses Reflections upon the 50th anniversary…Jack Kerouac’s On the Road with the book’s editors Ron Whitehead and Rob Zoschke. Just click on the image to the left to listen to it, or just here… 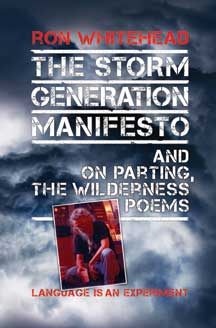