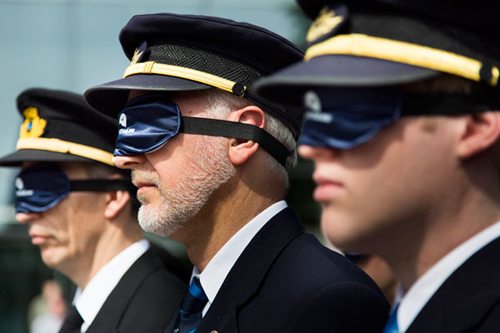 This Is Your Pilot Speaking

His whole life was a hornet’s nest of widowed white lies. A care package of broken peace treaties. Trick cigars and titanium kneecaps.

He came up short on diplomas and trophies. Love bouquets and old friends. But there was no end to the hate mail and the thinly-veiled threats. The hang-up phone calls and tarnished wedding rings. To things that went bad in the frig.

Still they gave him a passport, no questions asked. Ushered him past security at the airport into a back seat on the plane. There were no stewards or stewardesses, no other passengers. The plane climbed to cruising altitude and leveled out.

He looked out the small portal at a sky full of stars. Then thumbed thru a magazine to keep his mind off what would happen once he landed.