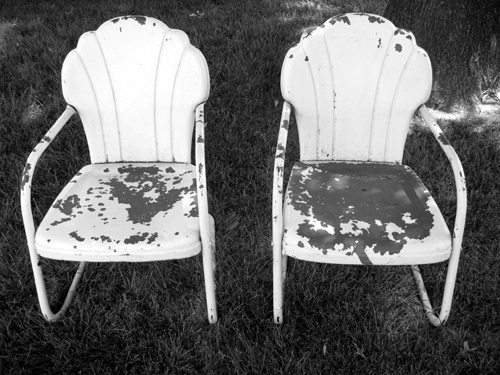 I don’t trust anyone with more lawn chairs on the front lawn than there are people who live in the house.

I don’t trust anyone wearing a lapel pin, I don’t care what it says.

I don’t trust anyone coming at me with a big smile and his hand extended.

I don’t trust anyone I’ve left out of my will and half of the people I put in.

I don’t trust people who say their intentions are good.

I have a fairly neutral attitude toward frogs, lizards and snakes.

I’m open to good musicians, poets and artists, because there’s no way you can fake a good song, poem or painting, and we all need these things, even the people I don’t trust, although they’re blind to the fact, sitting in their lawn chairs with idiotic smiles on their faces, waving to the passing cars.

At one time I thought it was possible to have a true friend and a woman who loved me, but time proved me wrong.