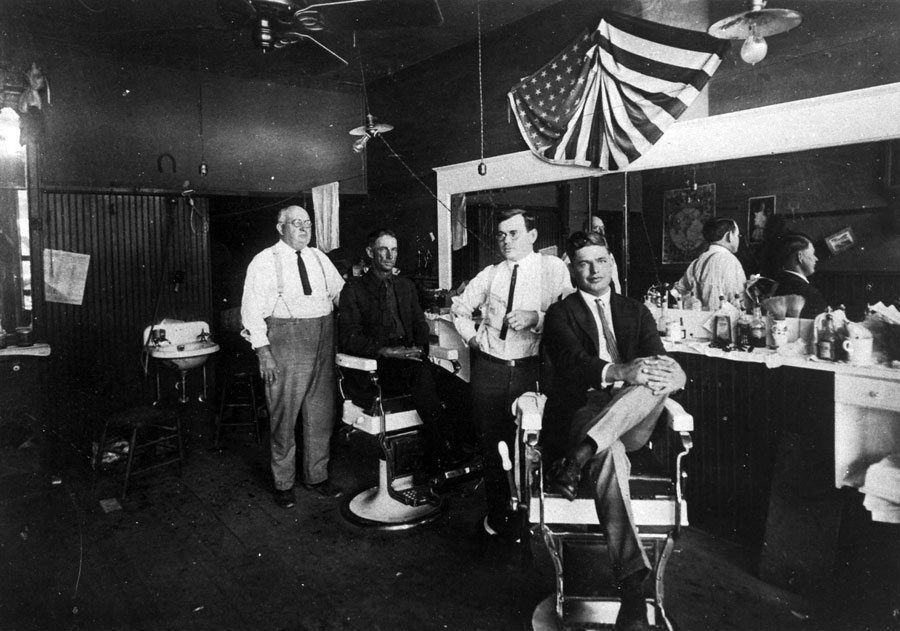 for my Grandfather, Paul B. Noyes

He used a jackknife
to clean his fingernails, white
as quarter moons, handling leather straps
and sharp blades, the dusty ceiling fan of
fifty plus years blew away their hair from black to gray;
the old RCA antenna wrapped tight with tinfoil
set to one station, baseball and wars
a haircut or not, it was all they had and when
they died, the funeral director would call, ask him
would he come on down, give them one last shave.