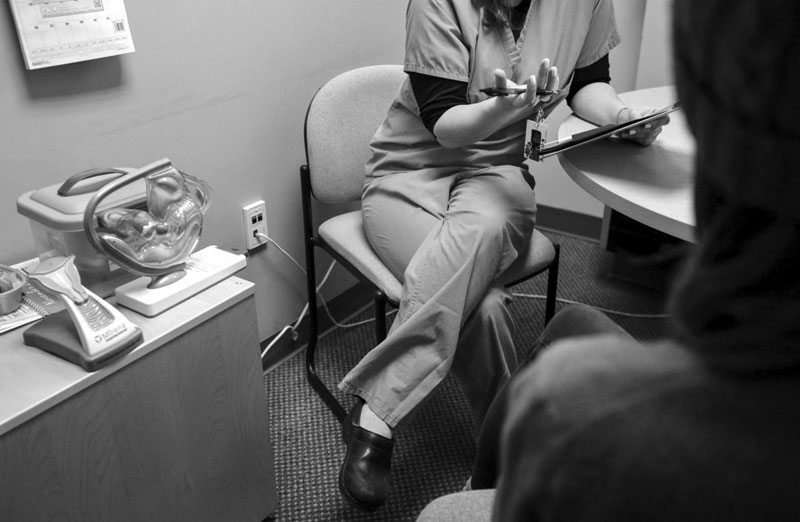 “We had the other ones done there,” says Tammy.
“Why not go there again? Everything went well.
No complications. Who cares about the publicity?
Bunch of do-gooders with hidden cameras.”

“I don’t care about the publicity,” says Jason.
“But if I’m the father and they’re going to sell
the heart, brains and liver of my fetus, I want
a share in the proceeds. There would be no
fetus, parts or proceeds if it weren’t for me.
They wouldn’t have anything to sell.”

“You’re absolutely nuts,” says Tammy,
“absolutely nuts. If they pay you,
they’ll have to pay every other
guy who gets a girl pregnant.
What about me? I’m the pregnant one.
I’m the one they’re taking it from.
Why shouldn’t I get paid, Jason?”

“We should both get paid,” says Jason.
“Let’s go down there and tell them
either we get a share of the proceeds
or you’ll have the baby instead.
Then we’ll add to the population,
use disposable diapers, flush the toilet
too often and eventually make
the world warmer than it is.”