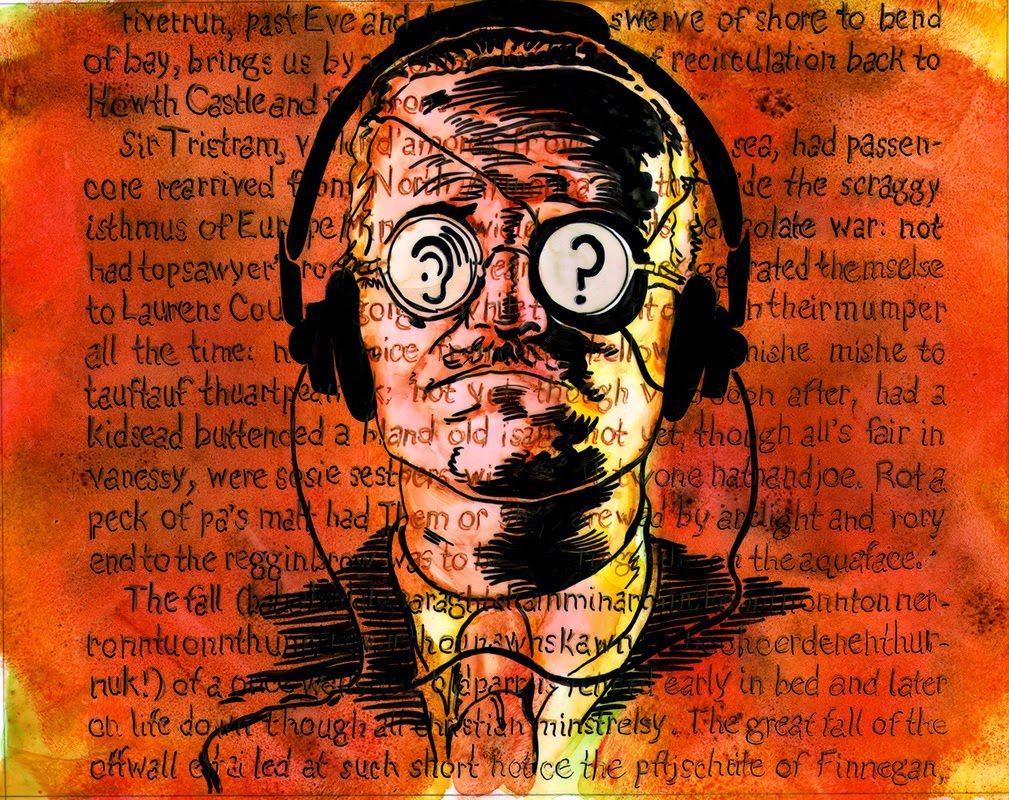 S.A. Griffin lives, loves and works in the City of Angels.

Married to distractions, a smart and beautiful librarian from New Jersey and his life among the mad creatives all give him reasons to live.

He drives too fast when he sings and considers himself the luckiest person he knows.

what the James Joyce Centre in Dublin calls “31 hours, 8 minutes, 11 seconds worth of delightful strangeness.”

The idea was a simple enough question. How many ways are there to read James Joyce’s great and bizarre novel Finnegans Wake? To answer this question, we gathered a host of musicians and writers, artists and scholars, weirdos and generally adventurous people. We decided to set the book to music, creating something that is simultaneously an audiobook as well as musical adaptation. Not wanting to to create a mere homage to Finnegans Wake, we set the entire book to music. We did it once, all 628 pages, and then did it again with a whole new cast of musicians and readers. The first edition debuted 2015 May 4, the 76th anniversary of Finnegans Wake’s publication. The second edition debuted 2016 February 2, James Joyce’s birthday.

In the first two editions we divided the book into its seventeen chapters, with a different contributor assigned to each chapter. Contributors’ only requirements were that the words be audible, unabridged, and more or less in their original order. To view our list of contributors, as well as find specific recordings, click here. We’re planning a third edition for 2017 May 4 release. This will be our final group release, but we will continue to release individual contributions on an ongoing basis. We are now focused on short passages, a page or so in length.

If you would like to contribute to the project, please get involved. We are looking for all kinds of people to participate — anyone adventurous enough to join is invited. Finnegans Wake is a weird book, and a difficult book. Joyce basically invented his own language in writing the book, and there is no obvious decoder to translate the text. Yet the book can also be quite fun. By inviting people to record their own interpretations of the Wake, we hope to offer a version of Joyce’s work that is stimulating, accessible, and enjoyable to casual as well as dedicated readers and listeners.

Waywords and Meansigns was co-founded in 2014 by Derek Pyle and Kelley Kipperman. Kelley left the project in early 2015, and Derek continues as project director. In the summer of 2015, Sara Jewell joined the project as design and communications specialist. To learn more about James Joyce and Finnegans Wake, continue reading. To hear what people are saying about our project, check out the reviews.