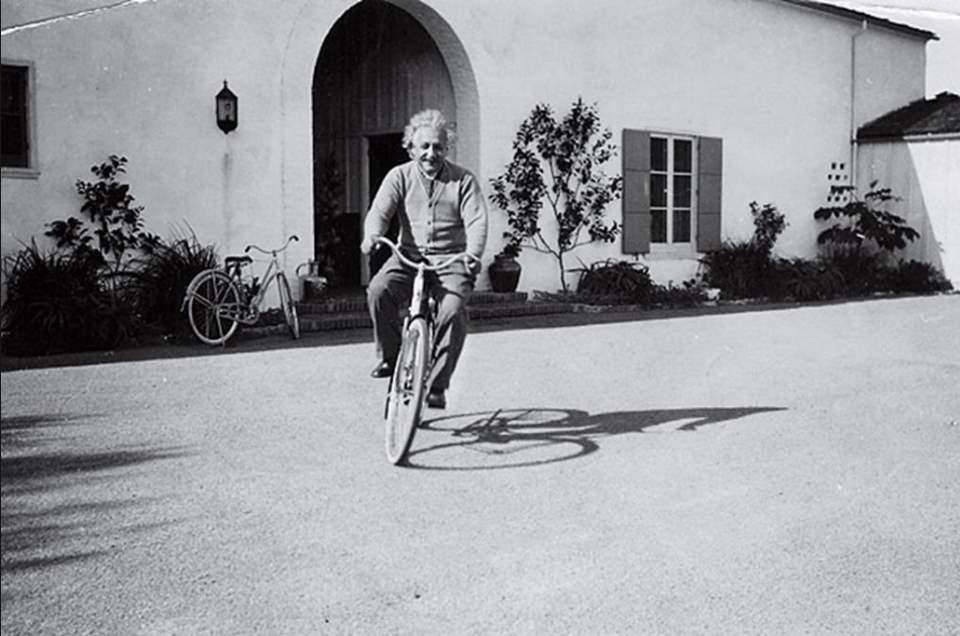 In my menopausal middle age
I have taken up bike riding,
great exercise, easy on the knees,
and it’s so lovely to be outdoors,
journeying along the trails,
as if swimming through nature.

My husband joins me sometimes.
but he’s eighteen years older than I
and his heart’s seen better days.

So as I am biking along the trail
that goes under the bridge
near the tech college
on the south side of town,
I pass a half-naked couple
screwing against the wall,
a man and a woman in their thirties.
For just a half-second
as I fly by them ten feet away,
the woman and I make eye contact,
a sisterly exchange.
I think my disapproval – my horror –
must be evident in my expression,
my frowning mouth and eyes,
the angle of my chin.
She in turn is defiant,
eyes ablaze with insolence,
and for just a fleeting moment I am sure
she knows I haven’t had sex in seven years.

Lolo and Momo rolled up
as if on wheels
to where Donny stood
in the playground.

“Momo say you call me a asshole,”
Lolo accused, standing so close
Donny could smell the hamburger
onions on his breath.
Momo hovered near them,
the evil shadow.

“No I didn’t!”
Donny protested, knowing
the slight to Lolo’s honor
could earn him an ass-whipping.

When I found out my niece Cady,
nineteen, was three months pregnant,
it only confirmed what I suspected
from hints she posted on her Facebook page.

But I sure wasn’t going to ask.
My sister Etta would have jumped all over me
for getting into her and Cady’s business –
the nosy, judgmental older brother.

Mom was the one who told me.
I acted all surprised, of course,
asked who the father was,
how Cady was feeling.

“Jordy’s getting a divorce,” Mom told me,
matter-of-fact, as if telling me his job.
“His wife has a three-month old baby.
Jordy’s a very good man, very sweet.”

Sometimes I get the feeling
Mom and Etta bait me,
try to provoke a shrewd observation
they can get all self-righteous about.

Like: Is Cady going to keep the baby?
Is Cady dropping out of college?
Does Cady still want to be a doctor?

“If two men are fighting and the wife of one of them comes to rescue her husband from his assailant, and she reaches out and seizes him by his genitals, you shall cut off her hand. Show her no pity.”  —Deuteronomy 25:11-12

What a pussy my “boyfriend” Jimmy was!
He liked me because I was tough,
punked out in black leather, mascara,
my thick dark hair a hornets’ nest.
He didn’t mind the net t-shirts either.

But when that football player Rocky
pushed him into the wall,
snatched the cigarette from his lip
as if brushing away a gnat,
crushed it under his boot
like he was squashing a bug?

Jimmy just stood there
with that Sid Vicious sneer on his face
as if that could intimidate anybody,
a sign of a superiority
only he knew the meaning of,
as if to say, I ain’t afraid.
Then Rocky only shoved him again.

So what did I do?
Grabbed that big jerk by the balls,
twisted like I was turning a wrench.
Rocky sank to his knees, whimpering,
tried to swat me away,
feeble as a kitten,
his voice going high with his pain.

But then what did Jimmy do?
Probably thought I showed him up,
so he started saying the only reason
I grabbed Rocky’s dick,
was I wanted it for myself –
You want to suck that thing, don’t you? —
not to save his skinny little ass.
He acted like I’d done something wrong!

But you know what?
I only pitied him.

“Like the song says,” Beverly drawled,
the hillbilly in her voice
modulated by a kind of self-awareness,
“freedom’s just another word
for nothin’ left to lose.”

It was a New Testament class,
Friday section discussion,
and Bev had “born again”
written all over her.

She launched into a speech about Jesus,
giving everything up
in order to live in the spirit of the Lord,
nonsense like a fragile toothpick structure
the slightest disturbance will knock over,
but something you can’t help admiring
for the sheer artfulness,
almost willing to believe.

In another life, I imagined,
Beverly would have been free with her favors
to a callow college kid like me.
A real beauty, my private thought,
her slim figure, clear skin, intense gray eyes,
but somebody I’d never pursue,
fearing the traps of her religion,
even if she were as sensual
as I really believed she was.
I’d be trapped.

As it was, I found words like “freedom,”
“redemption,” “glory”
just some other words
for snaring my loyalty,
getting me to agree with something
I didn’t necessarily understand. 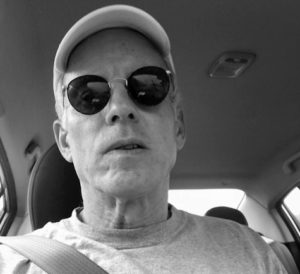 Charles Rammelkamp is Prose Editor for BrickHouse Books in Baltimore, where he lives and Reviews Editor for Adirondack Review. His most recent books include American Zeitgeist(Apprentice House) and a chapbook, Jack Tar’s Lady Parts ( Main Street Rag Press). Another poetry chapbook, Me and Sal Paradise, is forthcoming from FutureCycle Press.