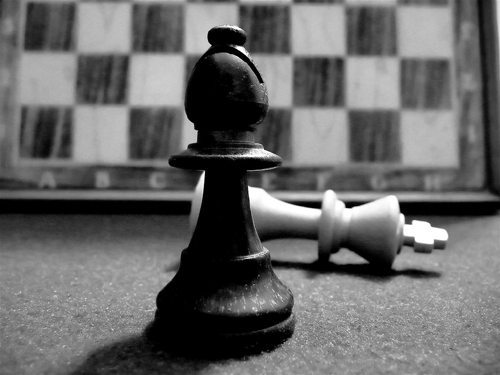 A Pawn in the Game

You may think I’m making this us as I go along, but then you’re out of the game. How does that make you feel? Like life is purposeless and without meaning?

Purpose and meaning are not the same thing. What makes you think that? Are you out to sabotage the game? See how easily you can tip your hand? Here’s where the trouble starts.

You’re walking down the street with purpose. You have a destination, and you feel your life has meaning. Then you pause to light a stranger’s cigarette, and you get pulled into his game. You begin blurting out things you don’t mean, and your life gets robbed of purpose. You glance at your watch to indicate you have to get going, and you realize you’re playing a game. The stranger is delighted. He glances at his watch, too, and then he takes a long drag on his cigarette that you lit for him. “Are you game?” he says, and your life disappears in an intense flash of light.